And finally, Part III of "The Biggest Company You've Never Heard Of": BlackRock 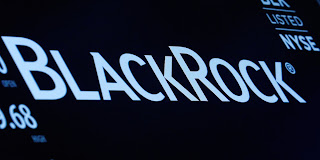 In Part I we looked at a number of corporations and market sectors over-which they exert an influence. In Part II we looked out how, in turn, their position as a dominate shareholder in powerful corporate entities enables them to funnel money by way of campaign contributions and PACs to politicians of note.

Who is in charge of this? Who wields this sort of power and influence? Again, everything that follows is a matter of public record. In fact, depending on your perspective, it is not even negative. If you own shares in BlackRock, or BlackRock manages your assets, why wouldn't you want them to have power and influence? The more, the better, I assume.

But from another perspective, and this is mine, I question whether any one group of individuals should have that sort of fiscal power. If such is not being used for the greater good, then whose good is it being used for? What narrow interest or group is being served with this vast power and wealth?Based on the assumption that very few people are completely altruistic, I believe it is worth knowing who runs BlackRock and benefits from it.

So, of the original group of 8, 6 are Jewish.
But who is calling the shots now? (https://www.blackrock.com/corporate/about-us/leadership) 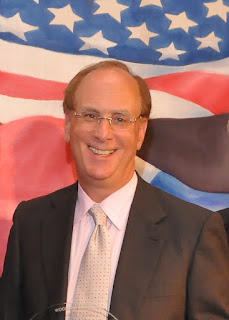 Of course, the focus is on the top cheese: Larry Fink. Larry has a net worth over $1 Billion dollars, and is always on the Forbes Most Influential list. Larry is also good for inspiring quotes, such as:


Laurence “Larry” Fink, the founder and chief executive of BlackRock, recently told the firm’s 14,000 employees that he is instituting potentially the most aggressive diversity program in Corporate America ensuring that, “a bunch of white men”, will no longer be running the world’s largest money management firm. (https://finance.yahoo.com/news/blackrock-larry-fink-rattles-employees-233726416.html)

Another gem from his letter to CEOs:


Profits are in no way inconsistent with purpose – in fact, profits and purpose are inextricably linked. (https://www.blackrock.com/corporate/investor-relations/larry-fink-ceo-letter) 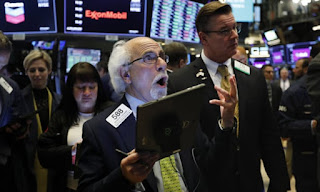 And he is a recipient of the John C. Whitehead Humanitarian Award, though not everyone thinks he deserves that, given the number of arms manufacturers BlackRock invests in.

Larry and the rest of the crew at BlackRock might be nice people. I don't know. I've never met them. I suspect we run in different circles. Being the top asset/money manager in the world, it's reasonable to assume they are good at what they do.  But if you look at the types of companies they are willing to invest in as shown in Part I, it is apparent that they value money, the making of money, and the control of money above all else. If they had to put your interest, or your family's interest, or your community's interest above theirs, would they?

Contrast this with point 24 of the original NSDAP program:


The Party...combats the Jewish-materialist spirit within us and without us, and is convinced that our nation can only achieve permanent health from within on the principal:

The Common Interest before Self

What can you do about this? Honestly, probably not much. At least, right now. BlackRock has their greedy little hands in so many pies it would be tough to eat without throwing at least a few shekles in their pocket. I recommend trying not to purchase products from companies they have shares in. Not always possible, but worth trying. But real change is going to have to be systemic. A BlackRock can happen because capitalism allows it to. It's baked into the cake. For an true alternative, please visit my friends at the ANP and offer to help. It is going to take time. It is going to take continued growing awareness. It is going to take Not Giving Up.

All comments welcome. Please be respectful even if you disagree with part or all of anything you read here. Comments are reviewed before posting.