There's that smell again... It got me wondering

[Please note that what follows is not in any way "hate-speech" or an incitement to cause harm. It is simply a statement of facts.]

I like guns. You know, in a good "they're fun to shoot at paper or steel targets" kind of way. I mean really, what sort of person doesn't? I've never shot at anyone, and never plan to. I went hunting for 9 years and usually ended up being the bloke that "pushes" the game to the other guys. In 9 years I got one shot off, and missed. So, I'm not Johnny Rambo by any stretch of the imagination. But I can shoot the heck out of a pop-can at 30 yards. And enjoy doing so. (And always clean up afterwards. Pack it in, pack it out).

So, when news about the Bureau of Alcohol, Tobacco, and Firearms hits the wire, I always give it glance.

I saw the following: 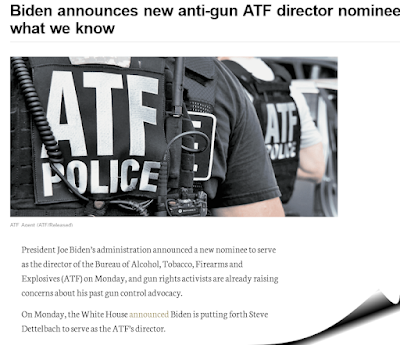 I wondered, who is Steve Dettelbach? A quick search brought up the usual information one would expect, and pictures: 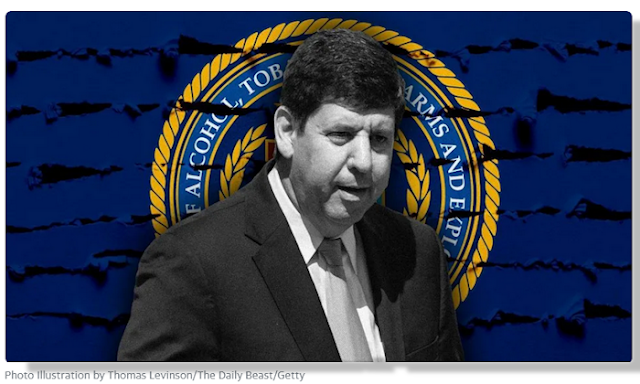 Waiiittt a minute. Beady brown eyes too close together. Unusually large nose. No, President Rutabaga didn't pick another Son of Abraham. Did he?

Of course, the answer is yes. Which got me wondering. We know that all three of Sleepy Joe's children married Jews. We know that Kamala "How low can I go" Harris is married to a Jew. And of course, Quid Pro Joe's Chief of Staff, Ron (aka Puppet Master) Klain is as Jewish as they come.

But just how many of "The Chosen People" are in this administration? From none other than the Jewish Virtual Library itself, I give you The United State of Israel via Joe "can I sniff your hair?" Biden (bold text is my doing to call attention to what I think is important to note. List on the webpage is undated, so there may have been changes, but the point remains): 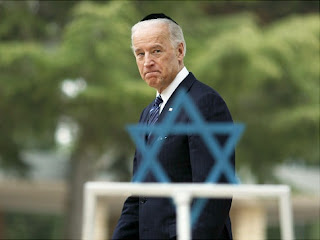 Amerika Erwache!
Posted by Johann Rhein at 11:04 AM No comments:

One page sums it up- with an added bonus!

Rarely does one front page cover so many bases. It's missing a few important issues, of course (the invasion of our southern border comes to mind). But, I felt compelled to post it if for no other reason than as a matter of record and a good daily summary. 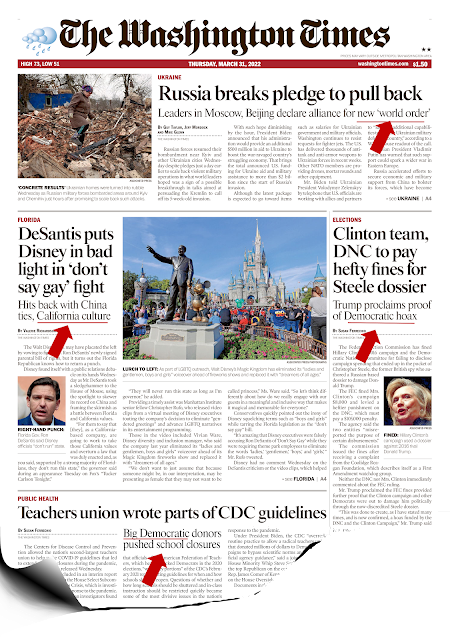 Each of these topics could be explored at length (and I likely will at some point). But sometimes a snapshot is worth a thousand words (if you'll pardon the corrupted cliché).

I recently traveled to Belize. I have a lot to say about that, and how cultures morph (or not) over time, and why it is important to protect our own. But that is for next month. The following pictures may hint at some of the themes though:

Posted by Johann Rhein at 10:43 AM No comments:

Fighting in the Ukraine...

...where have I heard that before? 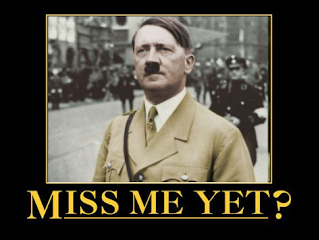 Posted by Johann Rhein at 9:24 AM No comments:

Quick Blurb. Nothing new here. Nothing to see. Move along.

New Years Resolution: more blog posts, even if they are just quickies to call out things people might have missed. It's tough: I pride myself on well-researched, insightful and informative posts. And I still want to do that. But with an election year coming (theoretically, as an "election" implies a free and open expression of will, an accurate tabulation, and an honest acknowledgement of the results. Whether or not this is even possible anymore in the "United" States is a matter for debate), I think it a good time to climb back into the blog saddle.

Everyone asks the question ("why is the media biased. Why doesn't do its job of presenting the facts so that the people can make informed decisions?), but most stop there. It's like shooting at a flock of ducks and then walking away without bothering to see if you hit anything.

Ask the question. Then look for the answer. 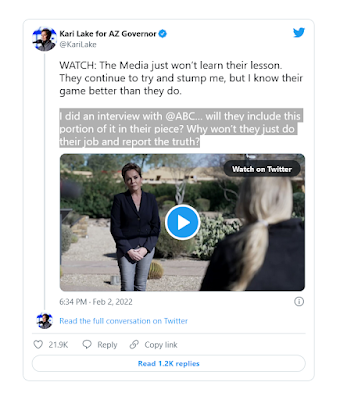 Posted by Johann Rhein at 9:53 AM No comments:

I simply thought this was awesome. It is long past the time when virtuous people of strong character stand up and be heard, telling the abnormal elements and influences in our society to sit down, shut up, and stop trying to normalize what is, by definition, abnormal. 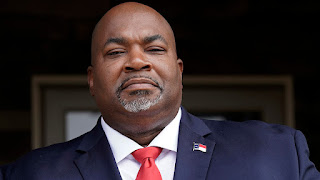 "There's no reason anybody anywhere in America should be telling any child about transgenderism, homosexuality, any of that filth."

“I will fight for and protect the rights of all citizens including those in the LGBTQ community to express themselves as they want. That is their right as Americans and I don’t think government has any role in telling them otherwise. However, the idea that our children should be taught about concepts of transgenderism and be exposed to sexually explicit material in the classroom is abhorrent.”

But I want to be clear. Just as Mr. Robinson respects the rights of the Alphabet People to express themselves and be protected by law as US citizens, I too believe that people not only have the right, but fundamentally cannot be other than who they are.

But that does not give them the right to supplant the teaching of natural, normal, and moral behavior to our children with their own narrow, selfish, and- let's be honest- disturbing worldview. They are in the minority, and have no right to teach such "filth" to the children of the majority. It is really that simple. If they are uncomfortable with that truth, no problem. Find another profession, or keep your views to yourself. Alphabet People are outliers, and need to accept that fact. They are not, by definition, normal (part of the statistical norm) and never will be.

As stated in What We Stand For:

We demand the establishment of a new educational system which will place strong emphasis on the physical and moral development of our young people...

Posted by Johann Rhein at 9:27 AM No comments:

Really? Maybe it's time to move to Mexico...

..., renounce US citizenship, and sneak back in. I guess there is more money to be made that way: 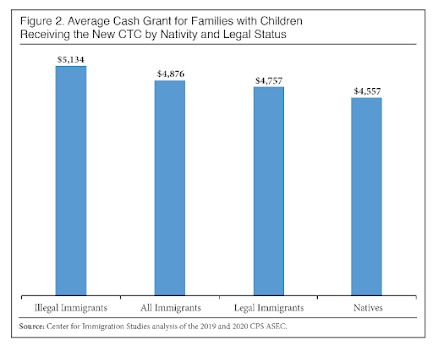 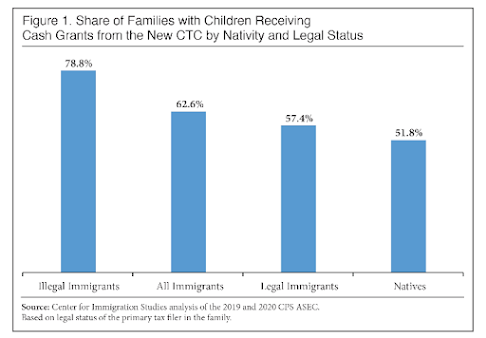 This is in reference to:

The image above will take you to the article. Some fun highlights include:

A good "by the numbers" assessment can be found here.

This simply has to stop. I know it's frustrating. But we cannot go down without a fight, and there are others like you who are working everyday to halt the destruction of this country and the eradication of our race and history. Visit my comrades at the ANP to learn more. 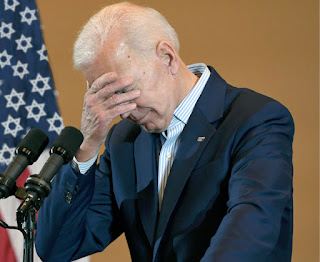 Posted by Johann Rhein at 10:57 AM No comments:

The Summer of our Discontent...

After a (largely unplanned) summer hiatus, I'm pleased to announce a return to semi-regular postings. I likely do not need to tell you, good reader, how challenging the times are for persons of reasonable intelligence.

However, I have been pleased to see a growing chorus of voices proclaiming that enough is enough: enough government over-reach; enough "liberal" dictates based on pseudo-science; enough lies and destruction of the true history of our race and people. The backlash against the evil persons running this country and our race into the ground is only beginning. Once more I feel the compelling need to add my voice to the seething murmurs of frustration and discontent. I encourage you to do the same: if you have not done so already, please visit my brothers-in-arms and learn more about how, and why, true solutions to our problems must be found.

On that note, perhaps someone can explain to me how we gift billions of dollars of the finest military equipment in the world to the Taliban, but defend our own borders with a few brave individuals on horseback? I doff my hat and salute the stalwart individuals fighting to stem the black tide on the southern border: 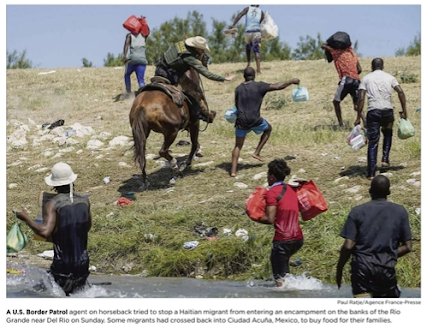 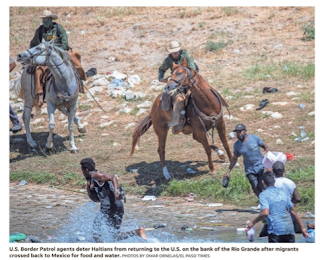 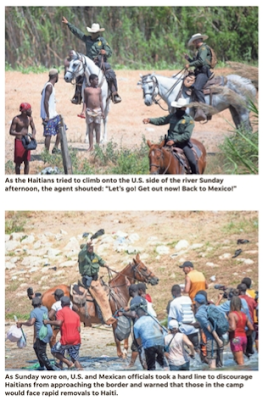 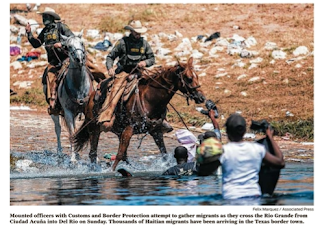 AMERIKA ERWACHE!
Posted by Johann Rhein at 9:47 AM No comments: